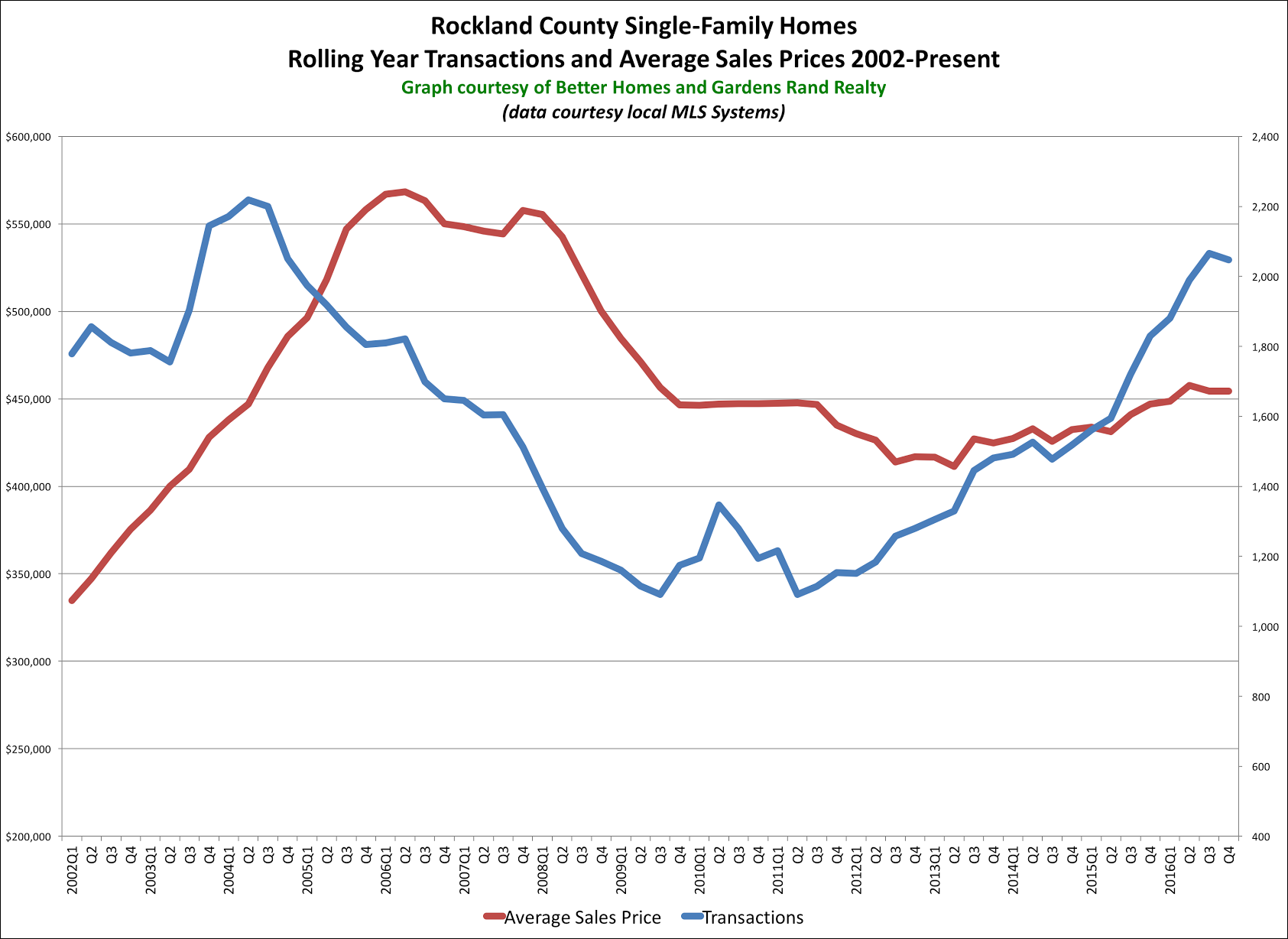 The Rockland County housing market tapered off a bit in the fourth quarter of 2016, but still finished the year with significant increases in both sales and prices.

Inventory. The story in Rockland County is the declining inventory, with the number of homes for sale falling again, now reaching levels we have not seen in over 10 years. We calculate the “months of inventory” by measuring how long it would take to sell out the existing available homes at the current rate of sales. Anything shorter than six months is considered a “tight” market, and Rockland has now crossed below that line for the first time in years, with the months of inventory at 4.9 months for single-family homes and 5.6 months for condos.

Sales. We can see the impact of declining inventories in the sales activity, with transactions down almost 4% for single-family homes. This broke a two-year streak of eight straight quarters of year-on-year sales increases, and marked only the second time in five years that sales went down from the prior year quarter. Why? We do not believe it’s a lack of demand, but rather that many buyers simply cannot find the right home at these levels of inventory. Still, though, the overall market is healthy: single-family home sales have now gone up for five straight calendar years, are at their highest level since 2004, and are up 77% from their 2011 bottom.

Prices. The flip side of declining inventory is rising prices, and Rockland pricing is showing sustained signs of meaningful price appreciation. Although single-family pricing was relatively mixed for the quarter, home prices have now gone up for four straight calendar years, and are now up 9% from the bottom in 2012. That’s not dramatic, but it’s something. We expect that with inventory at these levels, we will continue to see price appreciation in 2017.

Negotiability. Single-family homes sold more quickly and for closer to the asking price in the fourth quarter, which is generally a sign that sellers are gaining negotiating leverage with buyers.

Going forward, we believe that buyer demand in Rockland will stay strong, with prices still at attractive levels, interest rates still near historic lows, and the economy generally strengthening. And with declining inventories, we believe that this demand will drive more meaningful price appreciation in 2017.