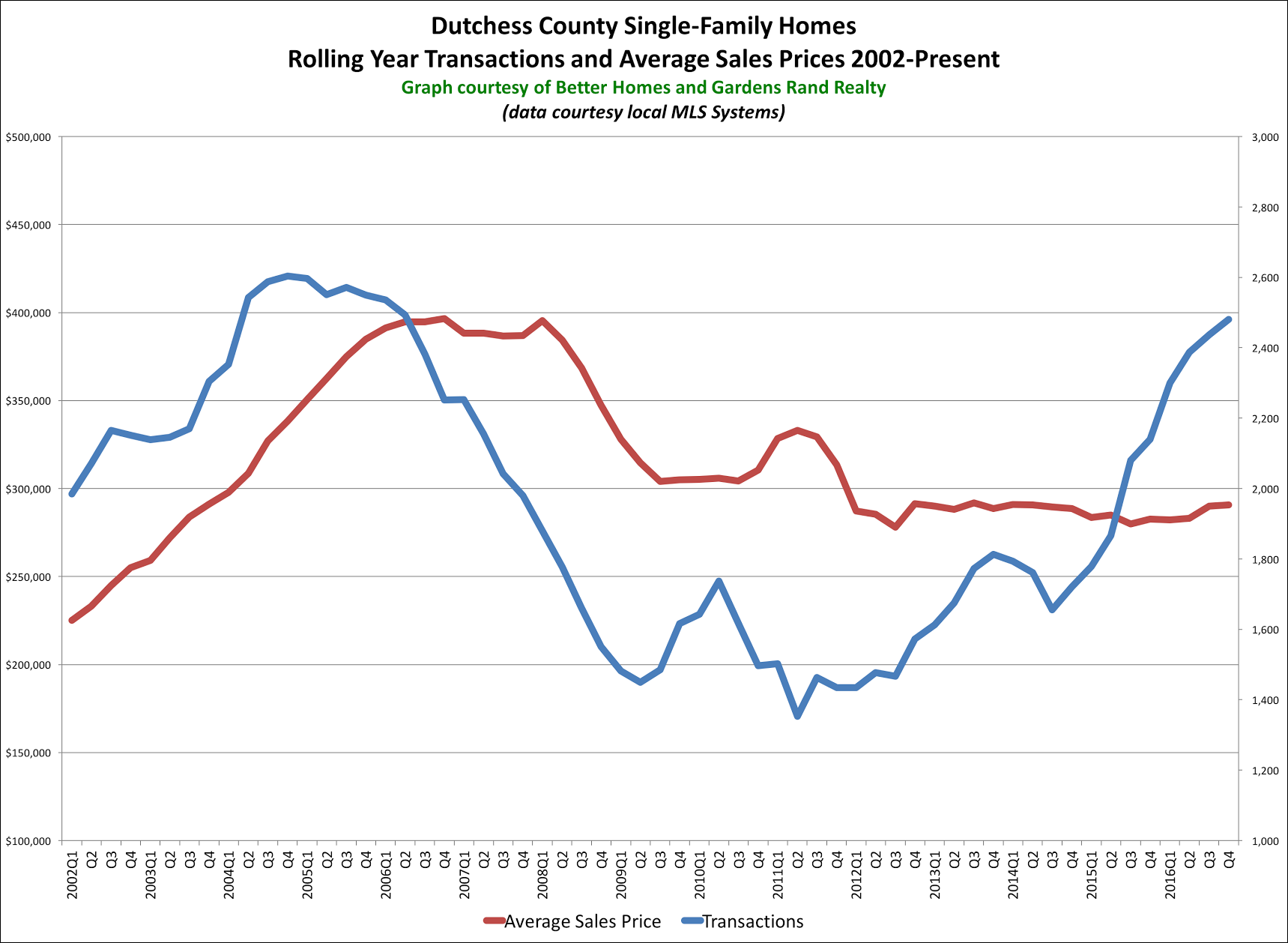 The Dutchess County housing market finished strong in the fourth quarter of 2016, with a sustained increase in sales along with the largest yearly price appreciation in over ten years.

Sales. Dutchess single-family home sales were up again in the fourth quarter, rising over 7% from last year and marking the ninth quarter in a row with year-on-year sales increases. And for the calendar year, sales were up almost 16%, rising to the highest yearly total that we’ve seen since 2005 and up 73% from the 2011 bottom.

Prices. This sustained increase in sales activity is finally having its expected impact on pricing, with single-family home pricing up just a tick for the quarter. For the year, though, prices were up almost 3% on average and 2% at the median. That may not seem like much, but it was the highest price appreciation that we’ve seen in a calendar year since 2006. Prices are still at 200304 levels (without controlling for inflation), but they are moving in a positive direction.

Negotiability. Dutchess inventory continues to decline, now down to 11.5 months of active single-family listings. Although we are nowhere near the six-month level of inventory that usually signals a “seller’s market,” we are certainly seeing some tightening that could support further price appreciation. The other negotiability indicators were mixed, with days on market flat while listing retention rose.

Condominiums. The condo market was also up, with sales rising almost 16% but prices falling a bit after a spike in the third quarter. For the year, condo sales are up almost 17%, and pricing is up sharply both on average and at the median.