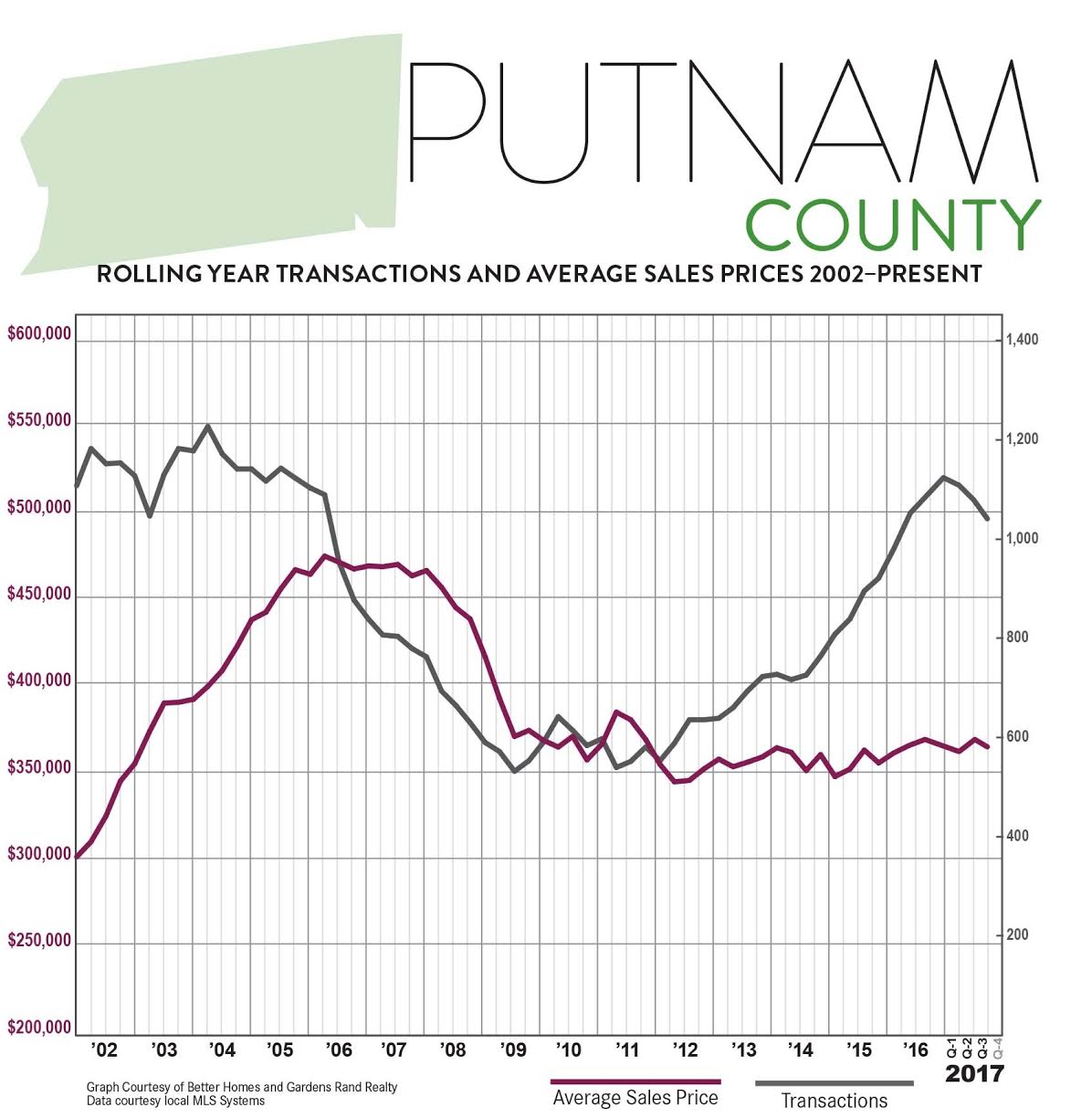 The Putnam County housing market slowed a bit in the third quarter of 2017, with sales falling and prices mixed.

Sales. Putnam single‑family home sales were down almost 10% for the quarter, the third straight quarter of a significant decline in transactions. After over five years of steadily increasing sales, Putnam is now seeing the impact of a lack of inventory, with sales now down 5% for the rolling year.

Prices. This lack of inventory, though, is not driving sustained increases in pricing. Prices were mixed at best: down 3% on average, up a tick at the median, and flat in the price‑per‑square‑foot. We see the same thing in the yearlong trend, with the average down almost 2%, and the median and price‑per‑square‑foot mixed. We have been expecting meaningful appreciation in Putnam for some time now, and still believe that low levels of inventory and stable demand will eventually drive prices up.

Inventory. Inventory continued to tighten, falling over 12% and now down to the six‑month level that usually denotes a tightening seller’s market. This lack of available homes is what’s been restricting sales, since we don’t have enough “fuel for the fire” to keep the market going.

Negotiability. The negotiability indicators support the idea that a seller’s market is emerging, with the listing retention rate up just a tick and the days‑on‑market falling sharply. Homes in Putnam are now selling in about five months from listing to closing.

Condos. The impact of low inventory on the condo market was even more severe, with sales down almost 17%. In this case, though, prices were up sharply, rising 6% on average, almost 5% at the median, and over 1% in the price‑per‑square foot. For the year, though, both sales and prices are down.

Going forward, we believe that Putnam is struggling through some growing pains, but that it will soon start to show the same signs of life that we’re seeing in Westchester and the rest of the Hudson Valley. The fundamentals of the market are tremendous: inventory is low, rates are near historic lows, and prices are still at attractive 2004‑05 levels. We think that meaningful price appreciation in Putnam is just a matter of time.