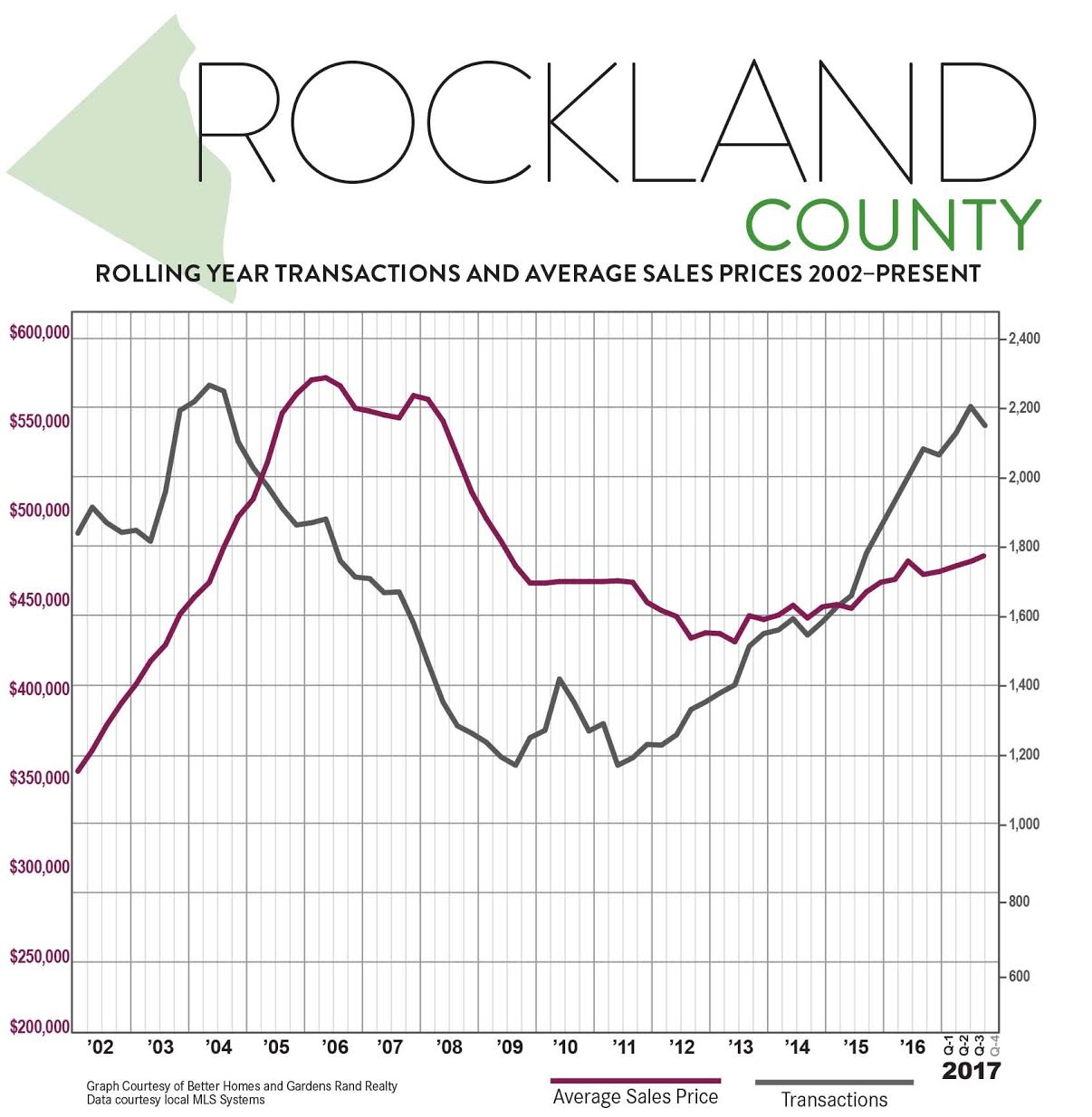 Prices in the Rockland County housing market soared in the third quarter of 2017, even while a lack of inventory stifled sales growth.

Sales. After spiking at the beginning of the year, sales gave some of that growth back, dropping over 8% from the third quarter of last year. This was only the second time in the last four years that year‑on‑year sales have gone down. That said, sales were still up slightly for the year, marking the highest twelve‑month total in over 12 years.

Prices. These sustained increases in buyer demand had a dramatic impact on prices, which were up over 5% on average, almost 4% at the median, and almost 9% in the price‑per‑square foot. And we are continuing to see meaningful and sustainable price appreciation over the longer term, with the rolling year average price up almost 3%, the median up almost 4%, and the price‑per‑square‑foot up almost 5%. Rockland is now up over 14% from the bottom of the market in 2012.

Negotiability. Inventory continued to fall in the third quarter, depriving Rockland of the “fuel for the fire” that would drive more sales growth. The months of inventory fell over 14%, and is now consistently at that six‑month market that denotes a seller’s market. Similarly, the listing retention rate rose and the days‑on‑market fell sharply again, indicating that sellers are increasingly gaining negotiating leverage with buyers.

Condos. The Rockland condo market cooled a little in the third quarter, with sales up a tick and prices mixed. For the year, sales are up over 21%, and prices are showing the first signs of life in a decade. With inventory falling, we expect that prices will continue to rise.

Going forward, we expect that buyer demand in Rockland will continue to drive prices up and inventory down. With prices still at attractive 2004 levels, interest rates near historic lows, inventory falling, and the economy generally strengthening, we believe that sustained buyer demand will continue to drive meaningful price appreciation through the rest of 2017 and into next year.