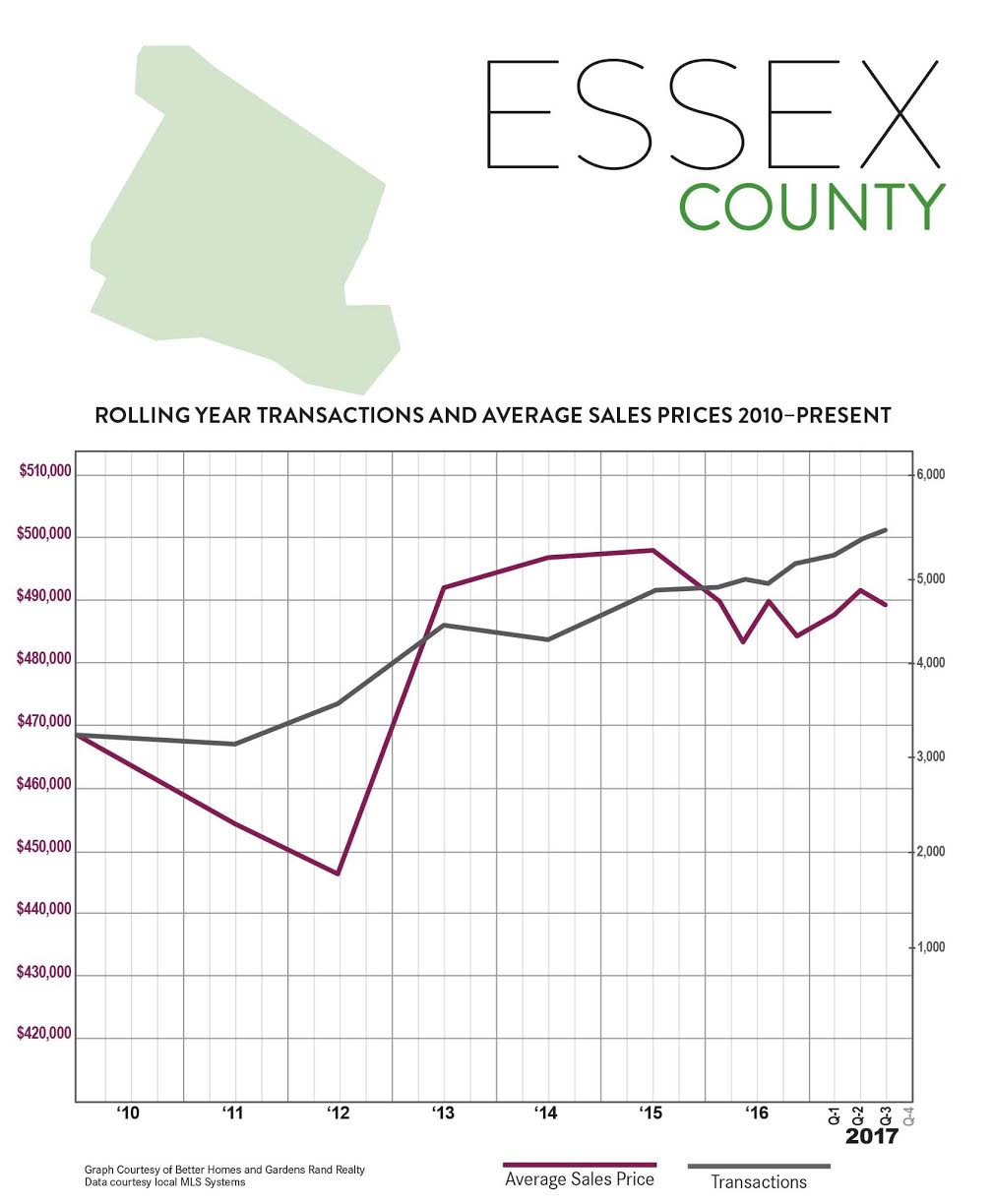 The Essex County housing market slowed a touch in the third quarter of 2017, with sales up a bit but prices mixed.

Sales. Essex sales activity was up again, rising almost 4% from the third quarter of last year. This continues a trend that’s been developing for a while, with the rolling year sales up over 9%. Indeed, Essex closed over 5,300 units over the rolling year, the largest 12‑month total since the height of the last seller’s market over 10 years ago, and up almost 70% from the bottom of the market in 2011.

Prices. Pricing, though, was mixed. Even with these sustained increases in buyer demand, the average price was down almost 2% for the quarter, even while the median was up just a tick. We see the same mixed story in the yearlong trends, with the average down just a tick while the median is up about 1%. With inventory continuing to fall and buyer demand relatively strong, we would expect prices to gain some momentum in the fall.

Inventory. Essex inventory fell again, dropping over 29% from last year’s third quarter and now down to just under six months’ worth of available homes. We measure “months of inventory” by calculating the number of months it would take to sell all the available homes at the current rate of absorption, and generally consider anything below six months to signal a seller’s market that would normally drive prices up.

Negotiability. The negotiability indicators – the amount of time sold homes were on the market, and the rate at which sellers were able to retain their full asking price – suggested the sellers might be gaining significant negotiating leverage. Most notably, the listing retention rate crossed the 100% threshold for second quarter in a row, meaning that Essex homes on average are selling for higher than the listed price. Similarly, the days‑on‑market fell about 5%, and is now down to under four months of market time. Those are both positive signals of potential future appreciation.

Going forward, we expect that Essex County’s sales activity will slowly drive some meaningful price appreciation. With homes still at historically affordable prices, interest rates low, and a generally improving economy, we believe that low inventory levels coupled with stable buyer demand will drive a strong market through the rest of 2017.